The history of thermal energy in Rochester is a journey that began more than a century ago.

In the late 1800s, coal was burned to produce steam - which in turn was used to make electricity. In Rochester, nine coal-powered plants supplied electricity to the city. Seizing on the opportunity to be more competitive, the coal plant operators laid pipe and distributed the residual steam to local businesses, government offices, churches, and other institutions, thus creating one of the first and largest district thermal energy system in the United States.

Rochester Gas & Electric took over the system in 1917 and continued to operate it until deciding to exit the district thermal energy business in 1984.

In an era of declining energy costs, it would have been easy to abandon the downtown thermal energy district. Instead, a team of visionary professionals and governmental leaders came together and created the first steam cooperative in New York State. The formation required several new state laws confirming the unique tax-exempt status of nonprofit steam cooperatives and exempting them from regulation by the Public Service Commission.

Rochester City Council and Monroe County legislators voted to join the cooperative in the fall of 1985, and by December of that same year, ownership of the district energy system was transferred to Rochester District Heating Cooperative, Inc.

A $9 million facility upgrade, funded in part by an investment from the New York State Energy Research and Development Authority (NYSERDA), primed the system to better serve the increased activity and new development in downtown Rochester. 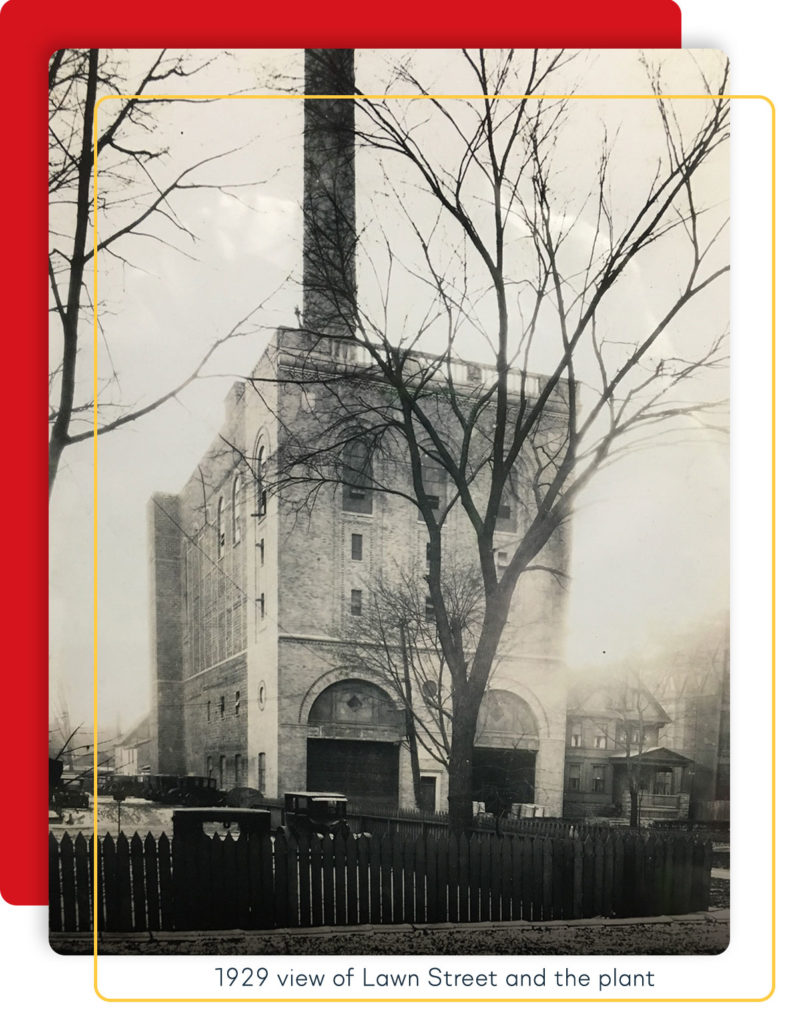 By 2011, advances in technology and a need for environmentally responsible energy sources defined the energy market. For property developers, an evolving landscape of regulations concerning renewable energy and reduction of greenhouse emissions presented the need for advanced energy solutions.

Recognizing these challenges, strategies were developed with an emphasis on meeting future needs, thus ensuring a robust district energy system would be ready to play a pivotal role in the energy infrastructure supporting Rochester, NY. 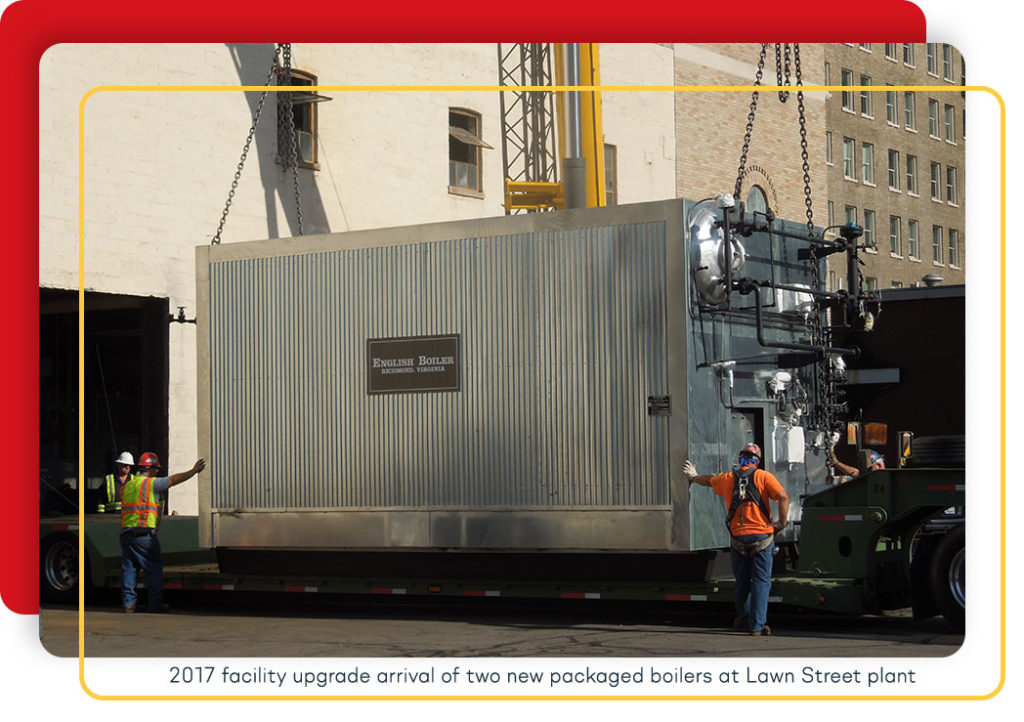 Today, our targeted investments in advanced technology and efficiency improvements have resulted in a world-class thermal district energy system.

By replacing the antiquated single loop controllers and manual data acquisition system with a PLC based Supervisory Control And Data Acquisition (SCADA) system, plant operators are able to monitor, control and operate the entire plant from a central location.

As we celebrate our history, we continue to develop sustainable and resilient energy solutions that are crucial to the renaissance of downtown Rochester, NY.

Contact us to learn how we can assist your organization. 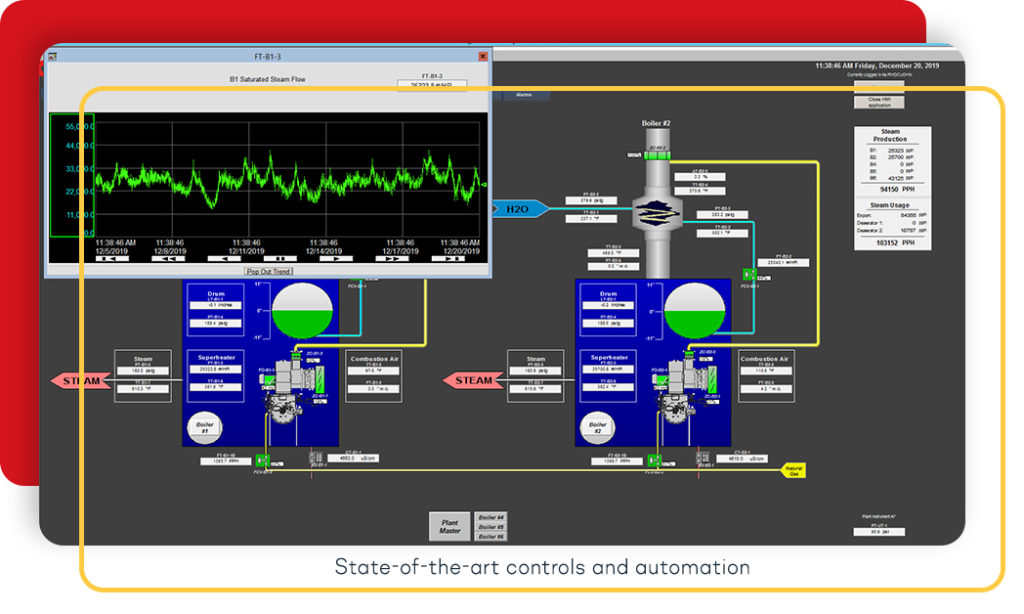 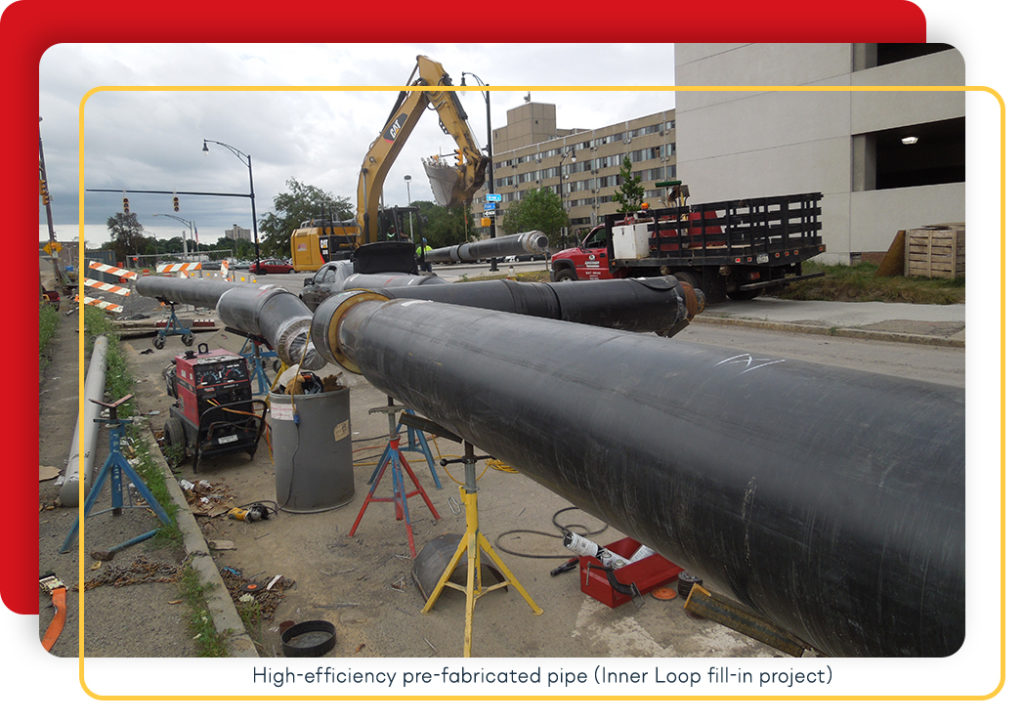